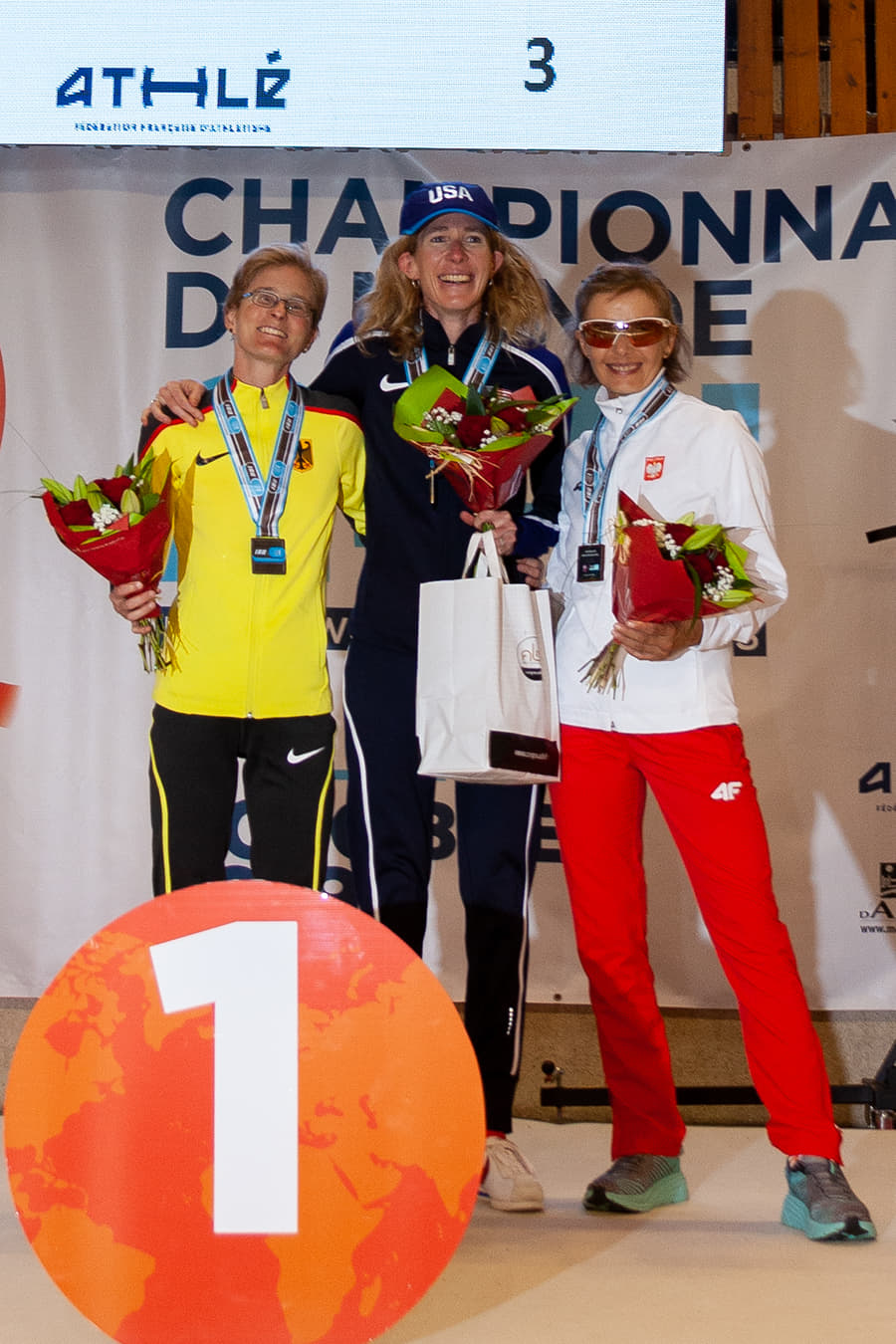 Photo Lukasz Mikulski
Several runners went strong from early hours. It was well establish for the men competition where three runners set the pace and lead by Erik Clavery from France. The first 8 hours Erik was leading the pack, followed by Aleskandr Sorokin from Lithuania and Ivan Penalva Lopez from Spain. After 9 hours Aleksandr took over the lead and he manages to sustain this until the end of the race. Erik was second and Ivan third. Only 4 hour to the end Tamas Bodis from Hungary push strong and secured second place. Finally in the last hours Olivier Leblond from USA push strong and end on third place.

The man medal position were as follow (provisional results)

In Women competition we had several runners that played significant role during the race. Camille Herron was leader from 1 lap and she did not lose this position for enticer race. At half way mark she managed to almost catch leading Aleksander in the men competition. The remaining sports were occupied initially by Radka Churanova from Czech Republic, Nele Alder-Baerens from Germany join them in the chasing pack. Malgorzata Pazda-Pozorska, Patrycja Bezernowska and Pam Smith were around 9-15 positions. Than after 9 hours they moved up to top 10. When we reached half way Radka starting losing her position in favour of all runners mentioned above with Pam Smith move to 3rd place. In the last 3 hours believed that the standing was known but this was not true. Malgorzata dropped from 3 to 7. Patrycja improved to 4 position. This all change in the last hours and a half when Patrycja manage to move to 3rd position. Camille set new World Best Performance and win the Championship, Nele on 2nd with German Best Performance and Patrycja on 3rd.